SMS broadcasting is available from €0.05/SMS 💰.

This price corresponds to the sending of an SMS from a French Ringover mobile number to a French GSM mobile with a text of 160 characters.💱

The costs for sending text messages are described in our pricing 💰.

💡 The cost of an outgoing text message depends on the type and number of characters. If the text message contains some special characters or if it exceeds 160 characters, the SMS will be sent with an extra charge.

The maximum length of a text message is 160 characters if the message is composed only of 7-bit standard characters.

A standard SMS uses the GSM 7-bit alphabet consisting of 128 characters including the 26 letters of the Latin alphabet in upper and lower case, 10 digits and a set of international characters and symbols.

All the characters below as well as the space (blank character) count as 1 character: 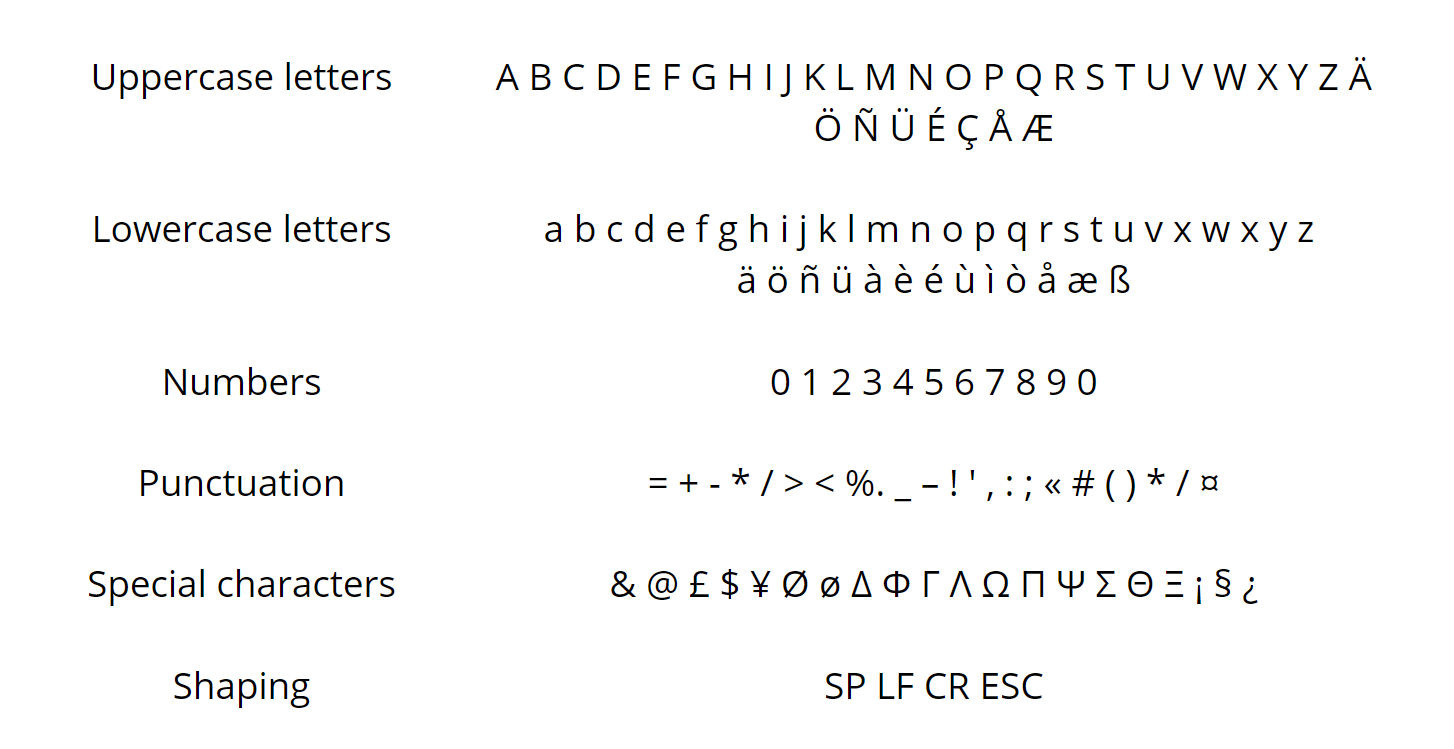 The line break that corresponds to the addition of the 2 control characters CR + LF also counts as 2.

⚠️ Characters ê (holiday) ë (Christmas) î (holiday cottage) ç (boy) œ (sister) are unfortunately not part of the GSM7 alphabet but of the Unicode alphabet (below) which greatly reduces the number of characters in the sms.

Languages such as Chinese, Cyrillic, Arabic or Thai contain characters foreign to the GSM7 alphabet and must be sent using Unicode format. 📑

This alphabet allows to represent any character in the world but will reduce the size of sms to 70 characters instead of 160.

💡 If you surpass the limit of 160 or 70 characters the text message will be divided into multiple parts, so you’ll be billed for each sent text message of 153 or 67 characters maximum.

Now you’re ready to start sending text messages while keeping your usage under control! 👌
Back to the Support Home page

Was this article helpful?

We use cookies to allow the display of personalised content, statistics collecting and sharing on social media. You can review your consent by clicking on "Manage cookies" at the bottom of the web page. If you would like to know more then please read our confidentiality policy.

Refuse all
Personalize
Accept and close

We use these cookies to ensure the correct function of the site. Essential cookies allow you, for example, to sign in to and navigate our site securely. They also allow us to keep your account secure and prevent fraud.

These cookies allow us to detect problems with the experience on our site and improve our client relations. They are harmless to you and your data.

To best serve you, we need to evaluate the efficiency of our work. We therefore use specialized cookies to measure criteria on our visitors.